Martin’s parents are strapped for cash: it’s going to be a budget Christmas this year. So Martin plans to buy his own presents – and attempts, unsuccessfully, to get a job. Padraic puts in a word for him with his Auntie Bridget, who runs the local butcher’s shop. But her shop is struggling as the fish shop across the road undercuts her, and Bridget just can’t compete. No one knows how the owner, Francie Feeley, does it – especially since he doesn’t seem to employ anyone at his fish factory. No one goes in; no one comes out – it’s a mystery.

Intrigued, Martin decides to go undercover and find out the truth, like a fish-mole – or a fish detective. Martin infiltrates the factory and discovers that Francie is illegally employing a gang of Brazilian fish-gutters. They’re a lot of fun and one of them, Fabio, becomes Martin’s good friend. But when Martin is exposed as a spy, he has to choose which side he’s on. Will Christmas be ruined for the whole of Boyle? 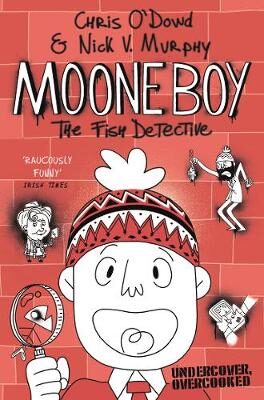