Written by a naturalist who has made it his life’s work to study Minecraft’s mobs, and illustrated with field sketches, Minecraft Mobestiary is the definitive guide to every mob in the game. You’ll find little-known facts about passive, neutral, hostile, utility and boss mobs, as well as more general information about their location, behaviour, threat level and drops.

Minecraft is a multi-platform block-based gaming sensation available on Xbox, PlayStation, PC and mobile devices. Whether you’re in Creative, Survival or Hardcore Mode, the official Mojang-approved Minecraft books contain all the advice you need to survive and thrive.

Mojang is the Swedish video game developer that introduced the world to Minecraft, the gaming sensation built upon blocks. Markus `Notch’ Persson founded the company so that he could give up his day job and go into full-time Creative Mode with his best friend Carl Manneh. The alpha version of Minecraft was launched in 2009, and the official game went on sale in 2011. Since then 70 million copies have been sold. It is now the third best-selling video game of all time. Mojang HQ has also developed Scrolls, Cobalt, and Crown and Council. Mojang was bought by Microsoft in 2014, but remains the hub of the Minecraft empire. 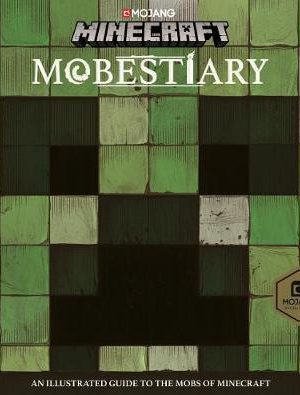