Mary Lou McDonald is the bookies’ favourite to be Ireland’s next Taoiseach. She would be the first woman to reach the office, and the first Sinn Fein leader ever to enter government in the Republic of Ireland. But how did a quintessentially bourgeois woman end up as the leader of a political party with such a recent terrorist past? And was her change of allegiance from Fianna Fail to Sinn Fein ideological or opportunistic?

Shane Ross’s scrupulously fair and balanced biography illuminates McDonald’s political awakening, her relationship with the hard men of the IRA, and the evolution and future of Sinn Fein. 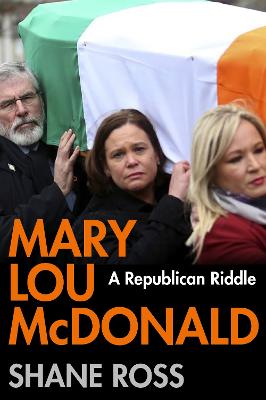