Making Sense of a United Ireland

Throughout the century since partition the unification of the two parts of the island seemed impossible. Many still feel that it is, particularly because of the bloody legacy of past conflict.

However, by 2030, if not sooner, Ulster unionists’ demographic and electoral advantages will be over. And in the light of Brexit, the rising popularity of Sinn Fein, political developments both sides of the border, and within Great Britain, Irish unification referendums will become increasingly likely. Yet even those who want these to happen are not prepared.

Making Sense of a United Ireland is a landmark exploration of this most contentious of issues. Distinguished political scientist Brendan O’Leary – a global expert on divided places, who has been profoundly engaged with the Irish question for nearly four decades – argues that the time to consider the future of the island of Ireland is now. 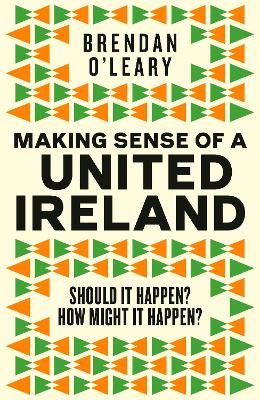