The unforgettable tale of love, abandonment, hunger and redemption, from the Irish writer who ‘grips from the opening page’ -BERNARD MACLAVERTY

Life Sentences is the sweeping and immersive story of one ordinary family in Ireland, and their extraordinary journey over three generations and more than a century of famine, war, violence and love.

At sixteen Nancy leaves her small island for the mainland, the only member of her family to survive the Great Famine. Finding work in a grand house on the edge of Cork City, she feels irrepressibly drawn to the charismatic gardener Michael Egan, sparking a love affair that soon throws her into a fight for her life. In 1920, Nancy’s son Jer has lived through battles of his own as a soldier in the Great War. Now drunk in a jail cell, he struggles to piece together where he has come from, and who he wants to be. And in the early 1980s, Jer’s youngest child Nellie is nearing the end of her life in a council house, moments away from her childhood home; remembering the night when she and her family stole back something that was rightfully theirs, she imagines what lies in store for those who will survive her.

A taut domestic drama of epic emotional scope, and a moving portrait of life in Ireland throughout modern history, this novel goes on making the heart lurch long after the final page. Set in the village where Billy O’Callaghan’s family has lived for generations, it is partly based on stories told by his parents and grandparents. His writing is imbued with truth and lived experience – creating a novel so rich in life and empathy it is impossible to let go of his characters.

‘A welcome voice to the pantheon of new Irish writing’ -EDNA O’BRIEN
‘Billy O’Callaghan belongs now in the recognised front rank, along with Bernard MacLaverty, Edna O’Brien, William Trevor and Colm Toibin’ –TABLET
‘His prose is a feast after a famine… Invariably delightful’ –IRISH TIMES 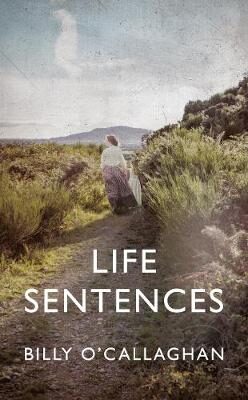