The road to Croke Park can be a long one, but for Leitrim hurler Zak Moradi it was longer than most. Born in a refugee camp in Ramadi, Iraq, at the height of the Gulf War, Zak spent his formative years living under the oppressive regime of Saddam Hussein.

Settling in Carrick-on-Shannon aged just 11, Zak couldn’t speak English, but when he discovered a talent for hurling, life suddenly took off. Zak credits the GAA with giving him the opportunity to put down roots, forge lifelong friendships and build his own life.

In this brave, touching and uplifting memoir, Zak reflects on his first 20 years in Ireland: the culture shock of landing in small-town Ireland; the plight of refugees worldwide; the skills he learned through sport and the role it plays in a healthy, balanced mind and in creating a community. 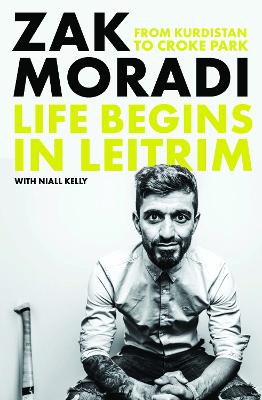