Kidnapped At Christmas: Kidnapped at Christmas / Rescued by the Marine (Mills & Boon Heroes)

Kidnapped at Christmas by Barb Han

When the blond beauty who shared his bed a year ago tells him he’s a father, Wyatt Jackson is stunned. But the attempted abduction of their newborn daughter drives him to uncover the dangerous secrets of Meg Anderson’s past. Can Wyatt crack the case before it’s too late?

Rescued by the Marine by Julie Miller

He’s vowed to succeed – even if it costs his life!

Five million dollars for rescuing a kidnapped heiress? To reclusive Jason Hunt, the job’s about redemption, not money. But when the troubled former marine finds megarich Samantha Eddington, opposites begin to attract… 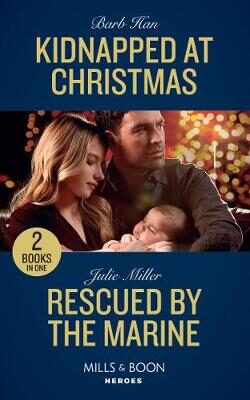