In Kamala’s Way, longtime Los Angeles Times reporter Dan Morain charts her career from its beginnings handling child molestation cases and homicides for the Alameda County District Attorney’s office and her relationship as a twenty-nine-year-old with the most powerful man in the state: married Assembly Speaker Willie Brown, a relationship that would prove life-changing. Morain takes readers through Harris’s years in the San Francisco District Attorney’s Office, explores her audacious embrace of the little-known Barack Obama, and shows the sharp elbows she deployed to make it to the US Senate. He analyses her failure as a presidential candidate and the behind-the-scenes campaign she waged to land the Vice President spot. Along the way, he paints a vivid picture of her values and priorities, the kind of people she brings into her orbit, the sorts of problems she’s good at solving, and the missteps, risks, and bold moves she’s made on her way to the top.

Kamala’s Way is essential reading for all Americans curious about the history-making Vice President-Elect. 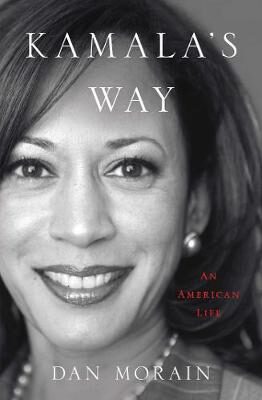