It’s the stuff dreams are made of – a lottery win so big, it changes everything.

For fifteen years, Lexi and Jake have played the same six numbers with their friends, the Pearsons and the Heathcotes. Over dinner parties, fish & chip suppers and summer barbecues, they’ve discussed the important stuff – the kids, marriages, jobs and houses – and they’ve laughed off their disappointment when they failed to win anything more than a tenner.

But then, one Saturday night, the unthinkable happens. There’s a rift in the group. Someone doesn’t tell the truth. And soon after, six numbers come up which change everything forever.

Troubled Blood is the next thrilling instalment in the highly acclaimed, international bestselling series featuring Cormoran Strike and Robin Ellacott, written by Robert Galbraith.
A breathtaking, labyrinthine epic, Troubled Blood is the fifth Strike and Robin novel and the most gripping and satisfying yet.
Available for just €15.99 in store and online with free delivery. bit.ly/3iMtizo ... See MoreSee Less 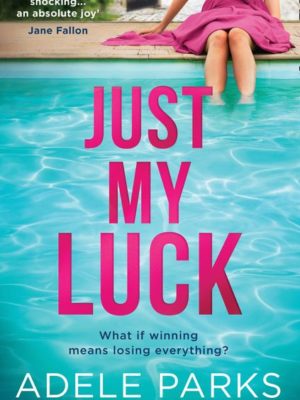