Marty Morrissey – GAA broadcaster extraordinaire and one of the hardestworking people in show business – has been to every corner of Ireland (and a few interesting ones further afield) in his illustrious career. Everywhere he goes, he makes friends and hears terrific stories – and sometimes he becomes a character in them. Now he’s sharing them with us, in a book full of his trademark warmth, wit and energy.

Starting with his childhood in the Bronx and West Clare, Marty introduces us to the people and places that have mattered most to him. He takes us through his adventures as a Gaelic footballer and hurler, schoolteacher, and coach of schools teams and underage sides for his beloved club, Kilmurry Ibrickane. And he tells the story of his remarkable rise as a broadcaster, from the back of tractors and trailers flatbed trucks to Croke Park on All-Ireland finals days – despite having being told by RTÉ Sport that his voice on an early audition tape was ‘too thin, too high-pitched’.

Now, having established himself as a beloved figure across the full spectrum of the Irish airwaves, Marty is ready to show us who he really is. It’s Marty! is an invitation to join the Marty Party, a rollicking ride through contemporary Irish life and sport, from a true national treasure. 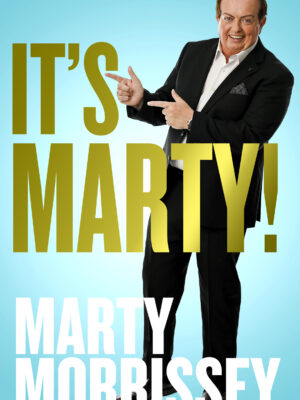