If Looks Could Kill: Innocence is nothing. Appearance is everything. (Frankie Sheehan 3)

‘Cracking . . . Taut, gripping and beautifully written’ Steve Cavanagh
‘An ending you definitely won’t see coming’ JP Delaney
‘Drew me in from the first chapter . . . This should be one of the books of the year’ James Delargy

DCS Frankie Sheehan is experiencing a crisis of confidence – having become wary of the instincts that have led her face-to-face with a twisted killer and brought those she loves into direct jeopardy.

She is summoned to the rural Wicklow mountains, where local mother of two, Debbie Nugent, has been reported missing. A bloody crime scene is discovered at Debbie’s home, yet no body. Not only is foul play suspected, but Debbie’s daughter, Margot, has been living with the scene for three days.

Aware her team cannot convict Margot on appearances alone, Sheehan launches a full investigation into Debbie Nugent’s life. And, before long, the discrepancies within Debbie’s disappearance suggest that some families are built on dangerous deceptions, with ultimately murderous consequences.

‘If Looks Could Kill raises the bar once more. Superb plotting, excellent character development and no one does setting better, in my opinion. Clever, stylish, cinematic. And bloody entertaining’ Caz Frear

‘A superior crime thriller filled with fascinating characters and laced with dark wit. The ending was both shocking and satisfying. Highly recommended’ Mark Edwards

‘What an absolute winner of a book. Superbly plotted, with characters I immediately want to hang out with more, and an immensely satisfying yet real conclusion. Five stars from me’ Gytha Lodge 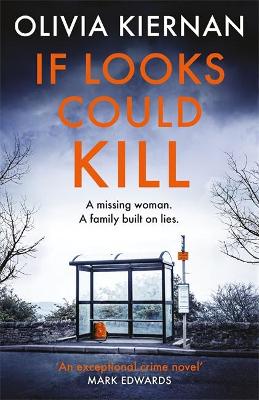