The dynamics are simple in the Wolf family. They eat you if you let them.

Joe Wolf has raised his children to have the same cut-throat mentality that built his own California business empire: kill or be killed.

When Joe’s body is discovered adrift in the San Francisco Bay, his daughter Jenny finds herself head of the Wolf empire.

With her brothers trying to seize her newfound power and assets from under her, Jenny discovers that each of them has the means and motive to kill.

‘No one gets this big without amazing natural storytelling talent – which is what Jim has, in spades.’ Lee Child
‘Patterson boils a scene down to the single, telling detail, the element that defines a character or moves a plot along. It’s what fires off the movie projector in the reader’s mind.’ Michael Connelly 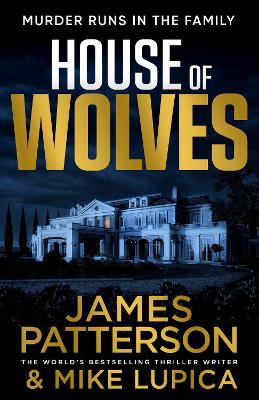