Meet the Gogartys; cantankerous gran Millie (whose eccentricities include a penchant for petty-theft and reckless driving); bitter downtrodden stepson Kevin (erstwhile journalist whose stay-at-home parenting is pushing him to the brink); and habitually moody, disaffected teenage daughter Aideen.

When Gran’s arrested yet again for shoplifting, Aideen’s rebelliousness has reached new heights and Kevin’s still not found work, he realises he needs to take action. With the appointment of a home carer for his mother, his daughter sent away to boarding school to focus on her studies and more time for him to reboot his job-hunt, surely everything will work out just fine. But as the story unfolds – and in the way of all the best families – nothing goes according to plan and as the calm starts to descend into chaos we’re taken on a hilarious multiple-perspective roller-coaster ride that is as relatable as it is far-fetched.

Good Eggs is a heady cocktail of that warmth and wit of Marian Keyes, Caitlin Moran and TV’s Derry Girls. 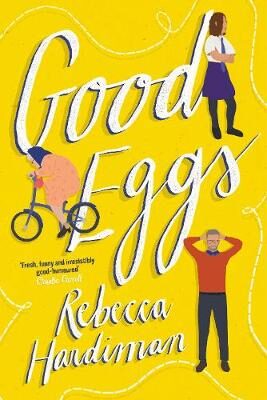