JOHNNY SEXTON DREAMED OF BECOMING A RUGBY LEGEND FROM THE MOMENT HE WAS BORN.

He enjoyed success from a young age, playing on school teams and donning the famous blue jersey of Leinster. There was one team he wanted to play for more than anything else: Ireland.

But someone was standing in his way. The Irish team already had a star fly half in Ronan O’Gara and he wasn’t ready to give up his place. So began one of the great rivalries of Irish sport. Could Johnny go all the way to kick Ireland to grand slam glory?

Go, Johnny, Go is the incredible story of how Johnny Sexton became one of the greatest rugby players of all time. 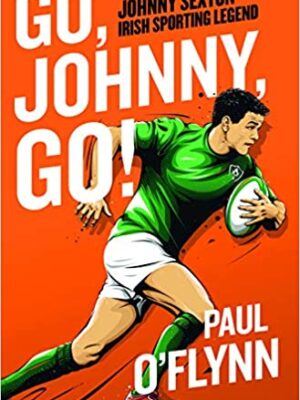