Irish sportswomen have been breaking the mould for a very, very long time. In 1956, Maeve Kyle became our first female Olympian, and in 1978 rally driver Rosemary Smith broke the country’s land-speed record!

Through the 1990s and 2000s we had world champions in Sonia O’Sullivan, Derval O’Rourke and Olive Loughnane, and more recently, the fantastic Katie Taylor, Kellie Harrington and Annalise Murphy have been among those who have put Irish sportswomen on the map. This book breaks the mould once more, as a first ever compendium of stories for children about our best contemporary sportswomen. With a fairy-tale touch, RTÉ’s Jacqui Hurley tells the stories of women who have proved that being a girl is not a barrier to sporting success. Each story is one of overcoming big challenges, and the role models celebrated here are sure to inspire the next generation of Irish sportswomen.

Featuring twenty-five dazzling athletes, and with delightful pictures by five wonderful female Irish illustrators, Girls Play Too is a celebration of come of our brightest and best sporting stars, and of all that you can achieve if you try your best and never give up on your dreams.

This is the essential book for 2020, capturing the heart-breaking and uplifting stories that made it a year we will never forget

In March 2020, the arrival of Coronavirus in Ireland saw our world change overnight. We watched in shock as it spread throughout the world with devastating consequences. We stopped travelling, we worked from home, we celebrated birthdays, anniversaries and new arrivals via our screens. Many also had to grieve from a distance, isolated and alone.

But the pandemic also became a time of coming together, of community spirit, of small kindnesses and boundless creativity. We saw frontline workers make extraordinary sacrifices, musicians perform from their front rooms, neighbourhood bingo and open-air film screenings.

In Twilight Together Ruth Medjber has captured all of this and more. Visually stunning and deeply moving, she has photographed people all over Ireland at their front window at dusk, each with their own story to tell. Twilight Together is an extraordinary portrait of a pandemic by one of Ireland’s most talented photographers and it is an important document for our times.
Available now for just €19.99 with free delivery online ➡️ bit.ly/3pN2BP2 ... See MoreSee Less

With all 32 counties of the GAA represented, this is a special book to treasure, telling the very special story of The People’s Games and including all the major events such as Bloody Sunday, the coming of television and more. With a foreword by Michael Darragh Macauley this is the perfect gift for the GAA lover in your life.
Available now for just €14.99 with free delivery online. ... See MoreSee Less 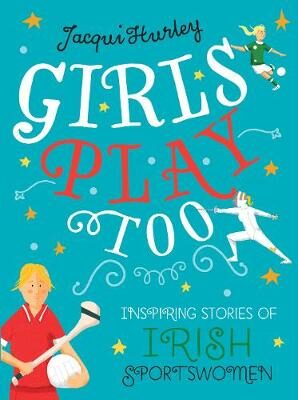