Dublin couple Tara and Colin are made for each other – or so they once thought. Sparks flew when they first met, but now, six years and several failed IVF attempts later, their marriage is hanging by a thread.

So when Fling, a dating app for anonymous affairs, is launched, both Tara and Colin find themselves logging on, just to see. But while Tara and Colin might think they’re done with their marriage, fate may have other plans . . .

At once heartfelt and hilarious, Fling is the story of a fateful affair, for fans of Marian Keyes, Beth O’Leary and Mhairi McFarlane, by debut author J.F. Murray. 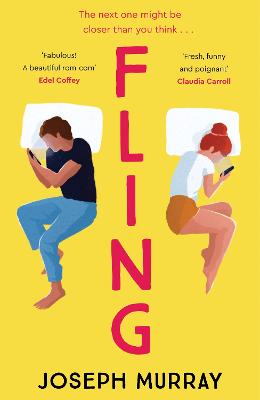