The vast majority of elite soccer players from the island of Ireland end up playing their football in the UK – where the Premier League and professional Football Leagues below offer, as they have for decades, the most likely route to the professional game for Irish players.

Ireland has for years been fertile ground for British clubs to pick up players. If they don’t make it, the domestic League of Ireland offers the next best thing – a certain level of professionalism and celebrity. But what of those players who have ventured further afield?

Emerald Exiles follows the fascinating lives of these players, who broke the mould and ventured to distant shores, in search of sporting glory, and a new way of living.

Charting the international exploits and turmoils of players like Liam Brady, Anne O’Brien, Robbie Keane and Stephanie Roche, and a host of others, as well as featuring first hand interviews with over a dozen key players, Emerald Exiles is the authoritative story of Ireland’s stamp on world football. 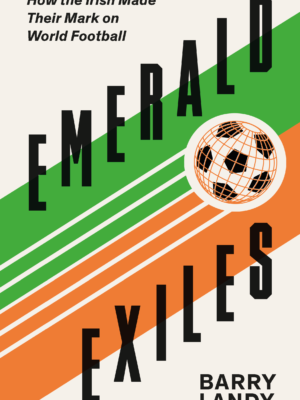