Welcome back to Clarkson’s Farm.

At the end of Jeremy’s first year in the tractor’s driving seat, Diddly Squat farm rewarded him with a profit of just GBP144. So, while he’s the first to admit that he’s still only a ‘trainee farmer’*, there is clearly still work to be done.

Because while he’s mastered the art of moaning about nearly everything, some of the other attributes required of a successful farmer prove more of a challenge. Who knew, for instance, that loading a grain trailer was more demanding than flying an Apache gunship? That cows were more dangerous than motor-racing? Or that it would have been easier to get planning permission build a nuclear power station than to turn an old barn into a farm restaurant?

But if the council planning department and the local red trouser brigade seem determine to frustrate his schemes at every turn, at least he’s got Lisa, Kaleb, Cheerful Charlie and Gerald, his dry-stone-walling Head of Security to see him through. And cold beer brewed with spring barley harvested from Diddly Squat’s own fields …

Life on Clarkson’s Farm may not always go according to plan. There may not always be one. But there’s not a day goes by when Jeremy can’t say ‘I’ve done a thing’ and mean it … 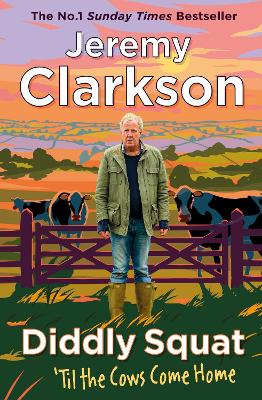