When Dr Temperance Brennan is accused of mishandling the autopsy of a missing heiress, a routine case swiftly turns sinister. But before Tempe can get to the one man with the information she needs, he turns up dead.In Montreal, three elderly women are found murdered, their bodies brutally discarded. Even though the clues don’t add up, Tempe is certain of a link between their deaths and that of the heiress.Has Tempe made grave errors, or is she being sabotaged by an unseen enemy? What is frighteningly clear is that more than just Tempe’s career is at stake. Her life is also at risk.An underground chamber is exposed in a seedy, dilapidated house. In the dark cellar, a ritualistic display is revealed: a human skull rests on a cauldron, surrounded by slain chickens and bizarre figurines.Called to the scene is forensic anthropologist Dr Temperance Brennan. She determines that the skull is that of a young, black female. But how and when did she die? Just as Tempe is closing in on answers, another body is discovered: a headless corpse carved with Satanic symbols.As local vigilantes begin a witch-hunt, Tempe struggles to contain her emotions. But the eventual truth proves more shocking than even she could have imagined. 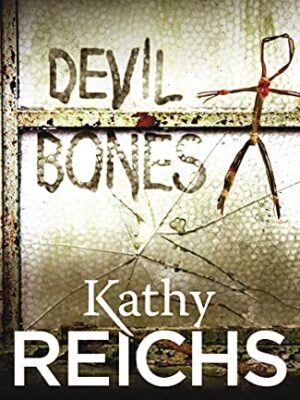