LAPD detective Renee Ballard and Harry Bosch work together to hunt the killer who is Bosch’s “white whale”- a man responsible for the murder of an entire family.

A year has passed since LAPD detective Renee Ballard quit the force in the face of misogyny, demoralization, and endless red tape. Yet, after the chief of police himself tells her she can write her ticket within the department, Ballard takes back her badge, leaving “the Late Show” to rebuild the cold case unit at the elite Robbery-Homicide Division.

For years, Harry Bosch has been working a case that haunts him but that he hasn’t been able to crack – the murder of an entire family by a psychopath who still walks free. Ballard makes Bosch an offer: come work with her as a volunteer investigator in the new Open-Unsolved Unit, and he can pursue his “white whale” with the resources of the LAPD behind him.

The two must put aside old resentments to work together again and close in on a dangerous killer. Propulsive and unstoppable, this new novel demonstrates once again why “Connelly is the real deal” (Marilyn Stasio, New York Times Book Review). 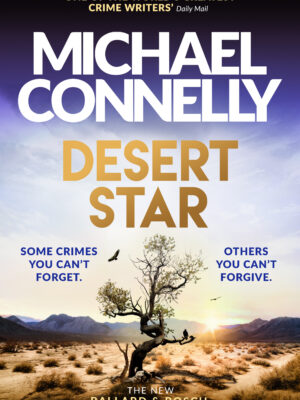