Crowded House: The definitive story behind the gruesome murder of Patricia O’Connor

In June 2017, a woman out picnicking in the Wicklow Mountains stumbled upon something in a ditch that would set in motion a chain of events that horrified the nation. It was the first of fifteen dismembered body parts belonging to retired hospital worker Patricia O’Connor.

Kieran Greene, the father of three of Patricia’s grandchildren, later handed himself in, confessing to beating her to death in the home they shared in what he said was an act of self-defence. He also confessed to dismembering her and disposing of her remains but later changed his story, implicating several members of Patricia’s household, including her husband and daughter.

In this nuanced and meticulous account of a deeply disturbing crime, journalist Frank Greaney, who covered every day of the shocking trial and conducted exclusive follow-up interviews with other members of Patricia’s family, uncovers the story behind the gruesome murder of Patricia O’Connor, and looks at who Patricia really was.

To celebrate Black Friday, when you spend over €25 at Bookstation.ie between now and Monday November 30th we'll give you a €5 voucher* to use during your next online shop with us.
So when you realize you've still got last minute Xmas shopping to do or you're just in need of a good book to brighten up the winter evenings, your voucher will be waiting for you.
Shop via the link in our bio #blackfriday #bookstation #buyirish

*€5 voucher will be delivered by email on Tuesday 1st December for use on future purchases over €25 ... See MoreSee Less

A riveting, deeply personal account of history in the making-from the president who inspired us to believe in the power of democracy

This beautifully written and powerful book captures Barack Obama’s conviction that democracy is not a gift from on high but something founded on empathy and common understanding and built together, day by day.
Available now for just €24.99 with free delivery online. bit.ly/331L3ow ... See MoreSee Less 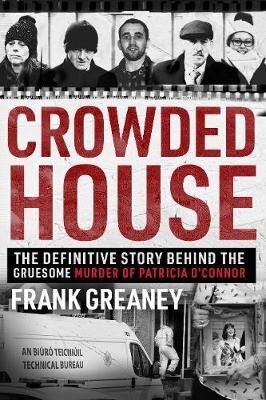