An undercover CIA officer has seven days to save her country from the world’s most dangerous double-agent.

The CIA’s highly classified Special Activities Division is in the business of tracking people down and keeping secrets hidden. Then a botched field operation reveals some dark dealings between an officer’s superiors and an informant, including a plot that could kill thousands of Americans.

Knowing that her leadership is corrupt to the core, she is forced to give up her identity and work from the shadows. But it’s not easy staying hidden when your enemies are elite intelligence operatives.

Will she get the truth out into the light before losing her identity, her history, her family?

‘No one gets this big without amazing natural storytelling talent – which is what Jim has, in spades.’ LEE CHILD

‘The master storyteller of our times’ HILLARY RODHAM CLINTON

‘It’s no mystery why James Patterson is the world’s most popular thriller writer . . . Simply put: nobody does it better.’ JEFFERY DEAVER

‘Patterson boils a scene down to the single, telling detail, the element that defines a character or moves a plot along. It’s what fires off the movie projector in the reader’s mind.’ MICHAEL CONNELLY

‘One of the greatest storytellers of all time’ PATRICIA CORNWELL

‘A writer with an unusual skill at thriller plotting.’ MARK LAWSON, GUARDIAN

‘James Patterson is The Boss. End of.’ IAN RANKIN 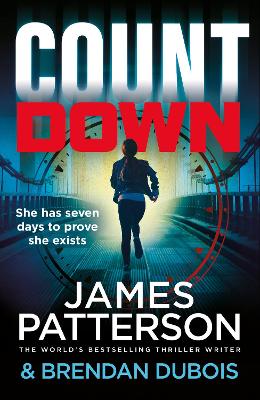