She’s about to face a danger she never trained for.

Neither elite soldier Hillary Kristiansen nor US Special Ops member Trace Mullen knew that a trip to the cemetery to mourn their shared friends’ deaths would result in an investigation. But as they bond over their grief, they find themselves determined to prove that the deaths were not mere tragedies-they were murders. In the process, they’ll expose a cover-up…and fight for their lives when an illicit arms dealer sets his sights on them.

He’s used to saving lives – but not his own!

Someone is trying to destroy former chief of police Mason Ford, but he won’t go down without a fight. Neither will crime scene analyst Hannah Cantrell, who’s convinced Mason’s become a target and will do whatever it takes to help him survive. However, that doesn’t mean she’s ready to risk falling in love with him. Can Mason and Hannah discover the truth before a killer strikes again? 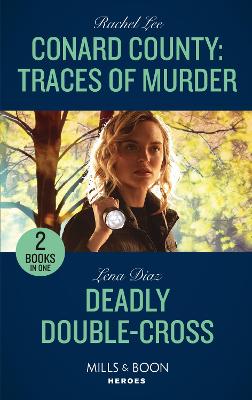