Children of the Troubles : The Untold Story of the Children Killed in the Northern Ireland Conflict

On 15th August 1969, nine-year-old Patrick Rooney became the first child killed as a result of the ‘Troubles’ – one of 186 children who would die in the conflict in Northern Ireland.

Fifty years on, these young lives are honoured in a memorable book that spans a singular era.

From the teenage striker who scored two goals in a Belfast schools cup final, to the aspiring architect who promised to build his mother a house, to the five-year-old girl who wrote in her copy book on the day she died, ‘I am a good girl. I talk to God’, Children of the Troubles recounts the previously untold story of Northern Ireland’s lost children — and those who died in the Republic, the UK and as far afield as West Germany — and the lives that might have been.

Based on original interviews with almost one hundred families, as well as extensive archival research, this unique book includes many children who have never been publicly acknowledged as victims of the Troubles, and draws a compelling social and cultural picture of the era.

Much loved, deeply mourned, and never forgotten, Children of the Troubles is both an acknowledgement of and a tribute to young lives lost. 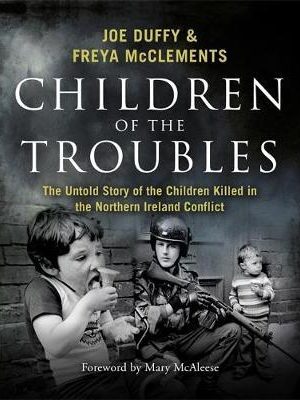 Children of the Troubles : The Untold Story of the Children Killed in the Northern Ireland Conflict
€19.99
This website uses cookies to improve your experience. We'll assume you're ok with this, but you can opt-out if you wish. ACCEPT Reject Read More
Privacy & Cookies Policy