**Pre-order now to receive a signed edition while stocks last**

Before he became the nation’s favourite Mammy, Brendan O’Carroll was known, simply as Brendan. He’s the youngest of eleven children from a poor family in Dublin, he’s a boy whose father died when he was just nine years old; he’s someone whose hope and determination meant he never gave up. Throughout the tough moments, Brendan always had humour and a good story to tell alongside the ever-guiding inspiration of his own Mammy, a formidable figure who became Ireland’s first female Labour MP, all whilst raising eleven children by herself.

Just like the show so brilliantly expresses, Brendan’s first autobiography, the real story behind the man who became Mrs Brown, combines uplifting heart, warmth and hilarity. 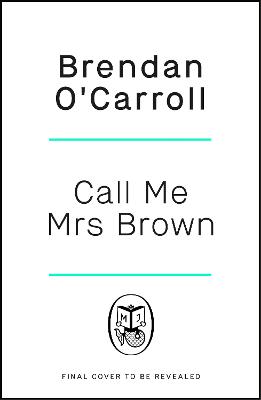