Skip to content
View cart “Max and the Midknights” has been added to your cart.

Big Nate is back, starring in the third instalment of his own super-funny series. Big Nate is created by Lincoln Peirce, who inspired Jeff Kinney, author of `Diary of a Wimpy Kid’.

Big Nate’s scout troop is fundraising and while door-to-door selling isn’t really Nate’s thing, there’s nothing like a Grand Prize to get him motivated. Especially when the prize is an awesomely cool customised skateboard (and following an incident with a poodle and a bridge Nate is in need of a new set of wheels). Nate HAS to win the prize but to do that he must out-sell Artur – the luckiest boy at school.

Will Nate beat Artur to the prize (and possibly win over Jenny)?

Or will he just end up in detention?

Pre-order now for just €14.99! Due out July 9th. @thehappypear new book distils all their knowledge into ten chapters that are full of master recipes, step-by-step guides, fun variations and top tips, and an approach to plant-based eating that will inspire you to become the best cook of vegan food you can possibly be. Pre-order here bit.ly/3ctyrZd ... See MoreSee Less

Mark Mcdonagh there ya go now 👍 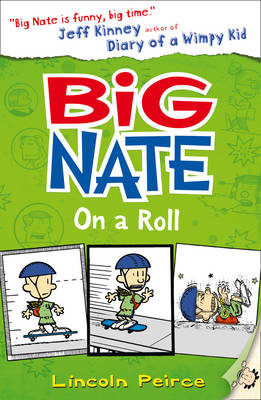