BERNARD Brogan’s life story is one of the most keenly-anticipated Irish sport autobiographies in years.

For much of the past decade Brogan was the headline act of Gaelic football for his remarkable forward play, scoring feats and role in helping transform Dublin from flaky contenders into the most dominant team the sport has ever known. By the time of his retirement last October, he had contributed to seven All Ireland titles, five National Leagues as well as winning four All Stars, Footballer of the Year honours and captaining his country in a victorious International Rules series.

Yet despite reaching the pinnacle of the sport, Brogan has encountered his fair share of setbacks. He never made the Dublin minor football panel. He suffered two cruciate ligament injuries. He only broke onto the Dublin senior team when he was 23. And in his final seasons, despite being one of the most illustrious names in the game, he found himself struggling to recapture the glory days as the next generation of Dublin stars forged a brave new future.

In his forthcoming book, he details the effort and frustrations that came with trying to get back from that last cruciate injury to try to play for Dublin again, the historic Drive for Five, and how he and Dublin became such a force in the first place, giving a unique insight into the workings of a high-performance set-up and athlete all the while trying to hold down and grow a couple of businesses and a family steeped in the GAA.

Over the course of fifteen years, John Delaney ran the Football Association of Ireland as his own personal fiefdom.
In Champagne Football, Tighe and Rowan dig deep into the story of Delaney’s career and of the FAI’s slide into ruin. They show how he surrounded himself with people whose personal loyalty he could count on, and a board that failed to notice that the association’s finances were shot. They detail Delaney’s skilful cultivation of opinion-formers outside the FAI. And they document the culture of excess that Delaney presided over and benefited from, to the detriment of the organization he led.
Champagne Football is a gripping, sometimes darkly hilarious and often enraging piece of reporting by the award-winning journalists who finally pulled back the curtain on the FAI’s mismanagement.
Available now for just €12.99 in store or online with free delivery. bit.ly/3hIwFGf ... See MoreSee Less

If you loved Downton Abbey, Julian Fellowes’ Belgravia, Paula McLain’s The Paris Wife or Therese Anne Fowler’s Z is for Zelda, you will adore The Golden Guinness Girls.
Inspired by fascinating real events and a remarkable true story, from the turmoil of Ireland’s War of Independence to the brittle glamour of 1920s London, this dramatic, richly textured reading group novel takes us into the heart of a beautiful but often painful hidden world.
Available now for just €12.99 in store and online with free delivery. bit.ly/3kEzPwL ... See MoreSee Less 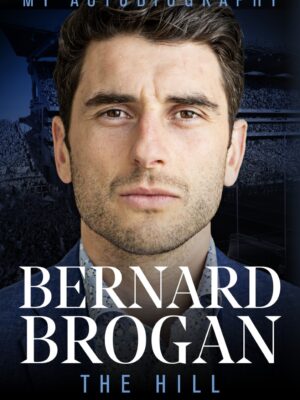