Behind the Mask: My Autobiography

A Manchester lad from Irish Traveller stock, born three months premature and weighing just a pound at birth, Tyson (named after his father’s boxing hero) grew up to become one of the most unlikely heavyweight champions in history. This ‘dream come true’ soon turned to nightmare, however, as alcohol and cocaine abuse took hold and Tyson was stripped of his titles. What followed was the darkest moment of his life – detailed in this book for the first time – in which he came within seconds of ending everything.

Like all the greatest stories, though, there is redemption and Tyson defies all the odds and literally drags himself to his feet. 10 million people around the globe watched Fury fight Wilder in the biggest fight of the boxing calendar. Speaking candidly about his struggles with mental health, this is Tyson Fury as you have never seen him before.

‘I didn’t believe boxers could be role models, but Tyson Fury has changed my mind… This 30-year-old Mancunian has made us all think twice about the possibilities of redemption.’
SIMON KELNER, INDEPENDENT

‘Tyson Fury has become Britain’s most unlikely inspirational figure… the sight of a broken Fury caught a mood with the public. Never was the epitaph “People’s Champion” more apt’
RON LEWIS, THE TIMES

Who was Hamnet and why did he get under Maggie O'Farrell skin?
Find out now for just €14.99 bit.ly/34nK4ye ... See MoreSee Less

Maggie O’Farrell: ‘Having to bury a child must be unlike anything else’

Shakespeare’s only son, Hamnet, who died aged 11, is the inspiration for Maggie O’Farrell’s remarkable new novel. She talks about the link between his loss and the bard’s most famous work
View on Facebook
·Share

‘Miraculous’ Observer
Hamnet by Maggie O'Farrell is going to be a publishing EVENT. It's STUNNING. The writing is EXQUISITE, immersive and compelling. Her best book yet. By MILES. Marian Keyes
You have to buy it now for €14.99 bit.ly/34nK4ye ... See MoreSee Less 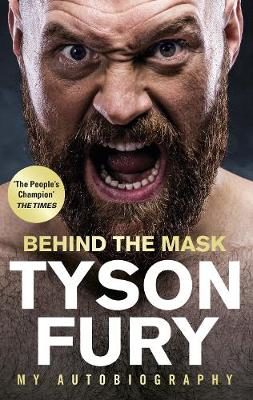