Ireland in the nineteenth and early twentieth centuries was not a good place to be a woman. Among the wave of emigrants from Ireland to North America were many, many young women who travelled on their own, hoping for a better life. Some lived lives of quiet industry and piety. Others quickly found themselves in trouble – bad trouble, and on an astonishing scale.

Elaine Farrell and Leanne McCormick, creators of the celebrated ‘Bad Bridget’ podcast, have unearthed a world in which Irish women actually outnumbered Irish men in prison, in which you could get locked up for ‘stubbornness’, and in which a serial killer called Lizzie Halliday was described by the New York Times as ‘the worst woman on earth’. They reveal the social forces that bred this mayhem and dysfunction, through stories that are brilliantly strange, sometimes funny, and often moving. From sex workers and thieves to kidnappers and killers, these Bridgets are young women who have gone from the frying pan of their impoverished homeland to the fire of vast North American cities.

Bad Bridget is a masterpiece of social history and true crime, showing us a fascinating and previously unexplored world. 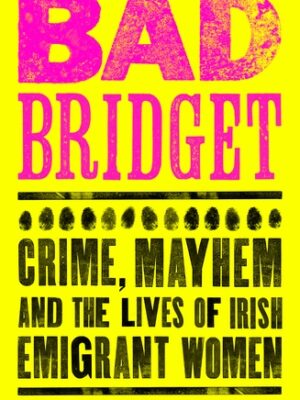