AQUAMAN: THE ATLANTIS CHRONICLES DELUXE EDITION tells of Orin and Shalako, their descendants, and how a once-great civilization rose and fell like the tides, producing heroes and villains and culminating in the birth of the man who would grow to become the King and champion-Aquaman.

When the continent of Atlantis was struck by a meteor, the surviving cities of Poseidonis and Tritonis used an unusual combination of science and magic to protect the people. While King Orin had faith in the science that let his people thrive underwater, his brother, King Shalako, rejected science in favor of worshipping dark powers, setting up a conflict that would mark all who followed. Only Aquaman can resolve the clashing of the two cities! 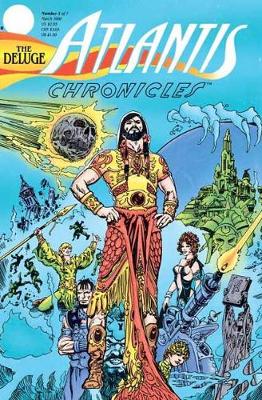