An Improbable Life: The Autobiography

Sir Trevor McDonald is an extraordinary man – and he has led an improbable life. Now in his 80th year, he is known and loved by people the world over for his humility, charm and natural ease. As a natural storyteller and communicator, he has few equals.

In An Improbable Life, Sir Trevor recounts his personal experience of world events and interviews with globally famous – or notorious – figures. He has witnessed war and death and risked his own life to meet and talk with despots and liberators. We read about his first trip to South Africa, and obtaining the first British television interview with Nelson Mandela; his reflections on the Windrush generation; and experiencing Barack Obama’s momentous inauguration as President of the USA. We are also present at his dramatic meetings with Saddam Hussein (the first and only one by a British television correspondent) and Muammar Gaddafi.

Engaging, intimate and moving, this is the life story of an exceptional journalist and broadcaster who over decades has expertly revealed to us history in the making.

Midnight Sun is out on Tuesday! The long awaited companion novel to the Twilight series is available to pre-order now for the incredible price of just €12.99 with free delivery. Order now to be one of the first to get your hands on it! bit.ly/3jGqBAh ... See MoreSee Less

Shane Doyle get me 1 pls thxs

Amy-Louise Richardson remember our obsession; ok my obsession was worse than yours 😂😂

Cathy Delaney did you order your copy yet?

Nikki Sinnott a new book from Edwards perspective. I think you’ll like this .

Roxx thanks in advance

Mary Canavan this is what I was on about x 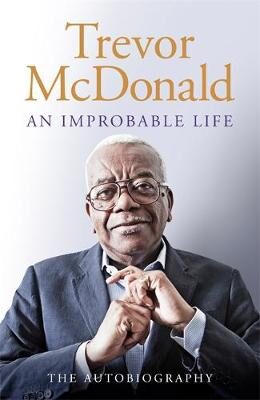