All My Friends Are Invisible

Jonathan Joly was born in Dublin in 1980. After several torturous years of childhood bullying, abuse and chronic misunderstanding from both adults and his peers, he was sent to a school for children with emotional difficulties. On finishing school, he floated from one
career path to the next, eventually landing at university to study multimedia. It was here that he met Anna Saccone, and in 2009 Jonathan and Anna started creating YouTube videos about their lives from their small flat in Cork, Ireland. Over the next twelve years, as the couple married, had children and moved to the UK, they became one of YouTube’s most beloved families internationally. Across their social channels they now have over 7 million devoted followers and friends. All My Friends Are Invisible is Jonathan’s first book. 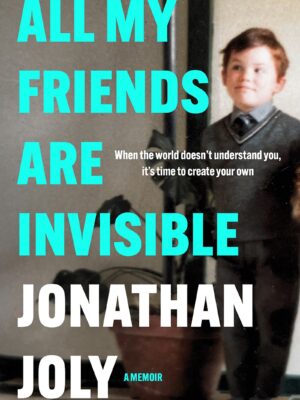