Nobody was supposed to get out alive.

Tom Reynolds, now Chief Superintendent, is no longer head of the murder squad. But when it transpires the woman escaped from a house fire started deliberately and that there are more victims, Tom is sucked in. What begins as a straightforward case of arson, soon becomes something much more sinister.

The people in that house never wanted to be there in the first place. Now more of them are missing. Tom is faced with a ticking clock as he tries to locate the others and as he does, a terrifying spider’s web of domestic and international crime unfolds.

And not everybody will survive the fall-out.

Jo Spain is a full-time writer and screenwriter. Her first novel, With Our Blessing, was one of seven books shortlisted in the Richard and Judy Search for a Bestseller competition and her first psychological thriller, The Confession, was a number one bestseller in Ireland. Jo co-wrote the ground-breaking television series Taken Down, which first broadcast in Ireland in 2018. She’s now working on multiple European television projects. Jo lives in Dublin with her husband and their four young children.

Get ahead of the rush!
We have everyone’s favourite annuals from Beano and Dandy to Disney and Pokemon plus much more available in store and online starting from just €4.99. www.bookstation.ie/product-category/books/children-bestsellers/childrens-annuals/ ... See MoreSee Less 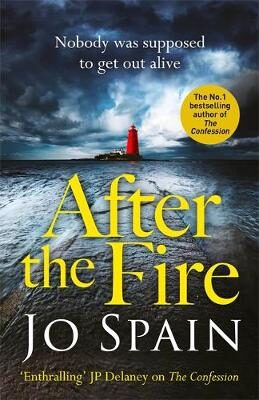