After the Fire: the latest Tom Reynolds mystery from the bestselling author of The Confession

Nobody was supposed to get out alive.

Tom Reynolds, now Chief Superintendent, is no longer head of the murder squad. But when it transpires the woman escaped from a house fire started deliberately and that there are more victims, Tom is sucked in. What begins as a straightforward case of arson, soon becomes something much more sinister.

The people in that house never wanted to be there in the first place. Now more of them are missing. Tom is faced with a ticking clock as he tries to locate the others and as he does, a terrifying spider’s web of domestic and international crime unfolds.

And not everybody will survive the fallout. 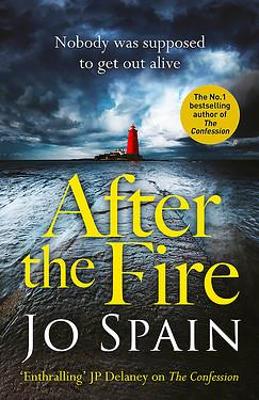 After the Fire: the latest Tom Reynolds mystery from the bestselling author of The Confession
€8.99
This website uses cookies to improve your experience. We'll assume you're ok with this, but you can opt-out if you wish. ACCEPT Reject Read More
Privacy & Cookies Policy