Wanting him was a mistake,

And still she said yes…

When Katie Duncan agrees to work with her boss’s brother, she knows she’s stepping into the lion’s den. The man she’ll be living with is her former lover, billionaire Quinten Stone. She’d walked away once before. Now the CEO is back in her life, tempting as ever… and hell-bent on seducing Katie back into his bed!

Secrets of a Fake Fiancee

His proposal is a deal she can’t refuse…

Cruelly rejected after she reveals herself to her birth family, Morgan Stewart turns to Jared Robinson for comfort. The reformed bad boy proposes she pose as his fiancee to show his own family he’s settling down. They make the perfect pretend couple-but before long, they aren’t pretending! 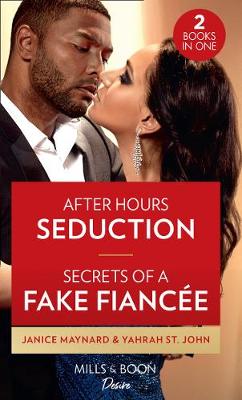