After Hours: Power And Passion: Her Secret, His Duty/ Affairs of State / Her Perfect Candidate (Mills & Boon 3 in 1)

Her Secret, His Duty

When Debra Prentice discovers she’s pregnant, she knows two things are true: that she can’t wait to become a mother… and that she can never reveal the father’s identity to anyone. Because not only is Trey Winston her boss’s son, he’s also got his eye on the North Carolina senator’s seat-and he doesn’t need a scandal this size…

Affairs of State
Ariella Winthrop’s life can’t get much more complicated. First, she discovers she’s the secret daughter of the American president, then she falls for a British prince. Can this scandalous socialite face down the British monarchy and finally fight for what’s hers?

Her Perfect Candidate
Megan Chase loves being a single woman on the fast track to success. But everything changes when a flat tire brings Georgia senator Steven Monroe into her life. The sinfully sexy politician needs the right woman to clean up his image. And with Megan’s fine eye for detail, she just may be the woman for the job. 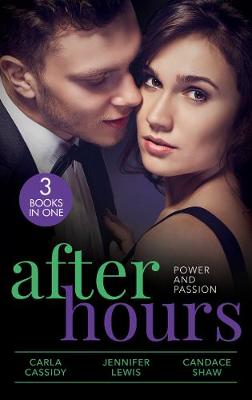 After Hours: Power And Passion: Her Secret, His Duty/ Affairs of State / Her Perfect Candidate (Mills & Boon 3 in 1)
€4.00
This website uses cookies to improve your experience. We'll assume you're ok with this, but you can opt-out if you wish. ACCEPT Reject Read More
Privacy & Cookies Policy