Dolly Perkins and Jack Larkin have grown up in the notorious gin palaces of Birmingham.

It�s a world of happiness and friendship, but also violence and poverty. Now that Dolly runs the Daydream Gin Palace on Gin Barrel Lane she can finally control her own destiny, but sometimes fate still plays its hand.

Keen to expand her empire, Dolly and Jack take on a new pub, but they are in for a shock when a foul smell in one of the bedrooms turns out to come from a body hidden in the wall.

As the police hunt for their suspect, rumours abound, spread by the local urchins � happy to be used as runners for a little bit of food and a coin or two.

But rumours can be dangerous, and as one of the worst winters on record covers everything in snow, Dolly and Jack have to fight for the lives they have made for themselves, and for the urchins that they have come to think of as family. Will the arrival of a new baby on Gin Barrel Lane bring the promise of new hope, or will the long-awaited thaw uncover new secrets and new tragedies� 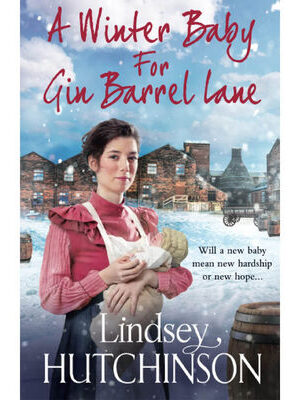