“I love him. It’s said that a Jack Reacher novel is bought every four seconds somewhere in the world. He is to crime fiction what Clint Eastwood’s ‘man with no name’ was to the western. Lee Child’s genius in seventeen novels has been to create a tough guy hero that men will envy and women will adore.” (Daily Express)

When you’re as big and rough as Jack Reacher – and you have a badly set, freshly busted nose – it isn’t easy to hitch a ride. At last, he’s picked up by three strangers – two men and a woman.

Within minutes it becomes clear they’re all lying about everything – and there’s a police roadblock ahead. There has been an incident, and the cops are looking for the bad guys …

Although the Jack Reacher novels can be read in any order, A Wanted Man follows on directly from the end of Worth Dying For. 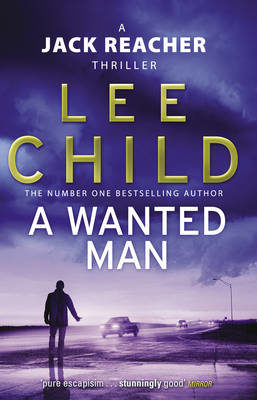