A State of Emergency

The electrifying behind-the-scenes account of a year that brought Ireland to the brink and back.

Based on a wealth of original research and over a hundred interviews with cabinet members, public health officials, frontline workers, and ordinary people on whom the crisis exacted a personal toll, A State of Emergency is the incendiary untold story of Ireland’s response to the biggest public health emergency of the past century.

Ranging from the halls of Government Buildings, where conflict between the new Cabinet and its public health advisors threatened to derail the official response, to the frontlines of the containment effort itself, where doctors, nurses, and the communities they served found themselves pushed to breaking point, A State of Emergency is a landmark work of journalism and a riveting insider account of the struggle to bring Ireland back from the brink. 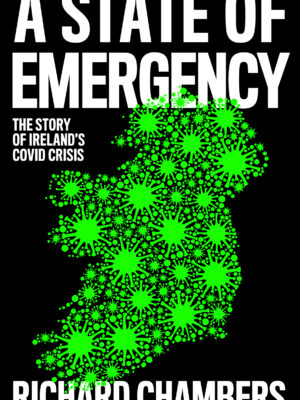