A Light That Never Goes Out: A Memoir

**Back in stock October 19th. Pre-order now to reserve your copy**

The memoir left behind by journalist Keelin Shanley who died of cancer in February 2020. A remarkable story of courage and resilience and a memorable reflection on how to live well, no matter what you’re facing.

When journalist Keelin Shanley passed away in February aged 51, it was hard to grasp that someone so filled with life was gone. But a light so bright never really goes out, especially since, in her last few months, Keelin wrote a fantastic record of her life.

Charting the twists and turns of both a remarkable career as an investigative journalist and a lengthy battle with cancer, in A Light That Never Goes Out Keelin reveals with real honesty what it’s like to keep living your life and career – right up to becoming a co-anchor of RTE’s Six One News – while dealing with the challenges of cancer treatment.

Written with the help of Alison Walsh and completed posthumously by Keelin’s husband Conor Ferguson, A Light That Never Goes Out is a remarkable story of courage and resilience and a memorable reflection on how to live well, no matter what you’re facing.

Keelin Shanley was an award-winning journalist and broadcaster for RTE, notably with Prime Time and the Six One News. She lived in Dun Laoghaire with her husband Conor and their children Lucy and Ben. Conor Ferguson is a writer, photographer and filmmaker. 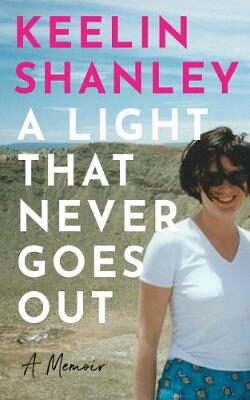