A is for Alibi

A is for Alibi is the first in the Kinsey Millhone mystery series by Sue Grafton.

My name is Kinsey Millhone. I’m a private investigator, licensed by the state of California. I’m thirty-two years old, twice divorced, no kids. The day before yesterday I killed someone and the fact weighs heavily on my mind . . .

When Laurence Fife was murdered, few cared. A slick divorce attorney with a reputation for ruthlessness, Fife was also rumoured to be a slippery ladies’ man. Plenty of people in the picturesque Southern California town of Santa Teresa had reason to want him dead. Including, thought the cops, his young and beautiful wife, Nikki. With motive, access and opportunity, Nikki was their number one suspect. The Jury thought so too.

Eight years later and out on parole, Nikki Fife hires Kinsey Millhone to find out who really killed her husband. But the trail has gone cold and there is a chilling twist even Kinsey didn’t expect . . .

Continue the Alphabet series with another gripping investigation in B is for Burglar.

In Sheila O’Flanagan’s engrossing new novel, two women form an unlikely friendship as they face up to shocking truths about the men they’ve loved – and start to make their own decisions about what to do next…
Due out this Thursday 16th July. Pre-order now at Bookstation.ie for just €10.99 and free delivery! ➡️ bit.ly/3em01sh ... See MoreSee Less 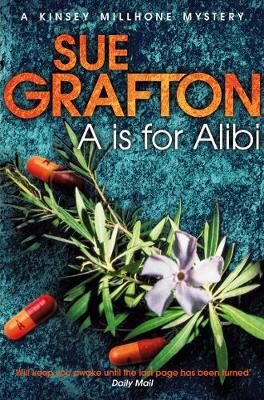