A History of the GAA in 100 Objects

The GAA is a hugely significant aspect of the Irish consciousness and plays an influential role in Irish society that extends far beyond the sport itself. In popular imagination and experience, the GAA is often evoked in terms of its objects: medals passed down from generation to generation, jerseys worn in All-Ireland finals, Michael Cusack’s blackthorn stick, a pair of glasses damaged during the massacre in Croke Park on Bloody Sunday.

The objects of the association range from the informal to the formal and are key to the construction of both personal and official histories.

This book repositions a range of objects, originating from the GAA, into the expanded field of Irish history by placing them as central to our understanding of past ideas and experiences.
A History of the GAA in 100 Objects acts as a signpost to significant moments in GAA history, offers fresh perspectives on a previously overlooked area of enquiry and presents new ideas not available elsewhere. 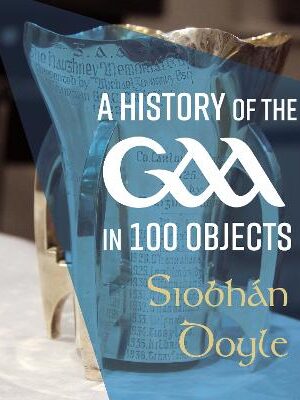