A Groom For Cinderella: Hometown Princess / Ordinary Girl in a Tiara / The Prince’s Cinderella Bride (Mills & Boon 3 in 1)

All Cari Duncan has ever wanted is family. Yet her late father chose his young new wife over Cari. So returning home to make a fresh start seems impossible, until Cari meets the handsome businessman next door. Can Rick Adams convince Cari to open her heart to her very own Prince Charming!

Ordinary Girl in a Tiara
Caro Cartwright has decided that when it comes to men ordinary is best. Until her best friend, Princess Lotty, begs her to masquerade as Prince Philippe of Montluce’s latest squeeze. Playboy Philippe thinks their attempt is doomed, Caro is so… unglamorous! Until Caro starts winning hearts – including his!

The Prince’s Cinderella Bride
One night of forbidden magic turned Lani Vasquez and Prince Maximilian Bravo-Calabretti into lovers. Yet an affair between a lowly nanny and the heir to the throne could only end in heartbreak… unless the prince can catch his Cinderella before the clock strikes midnight? 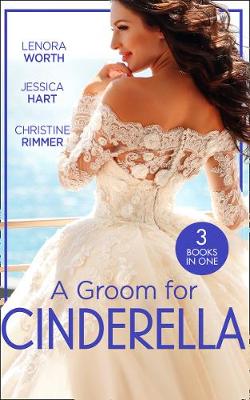 A Groom For Cinderella: Hometown Princess / Ordinary Girl in a Tiara / The Prince’s Cinderella Bride (Mills & Boon 3 in 1)
€4.00
This website uses cookies to improve your experience. We'll assume you're ok with this, but you can opt-out if you wish. ACCEPT Reject Read More
Privacy & Cookies Policy